The first frame here caught my eye upon watching, for the first time, the first half of Alain Resnais's two-part Smoking/No Smoking earlier this week, and spurred on a general reflection of the many times Resnais has merged people with animals, using the transformation to reach a higher truth, be it emotional, intellectual, or spiritual. These are the instances I recalled - any I missed? 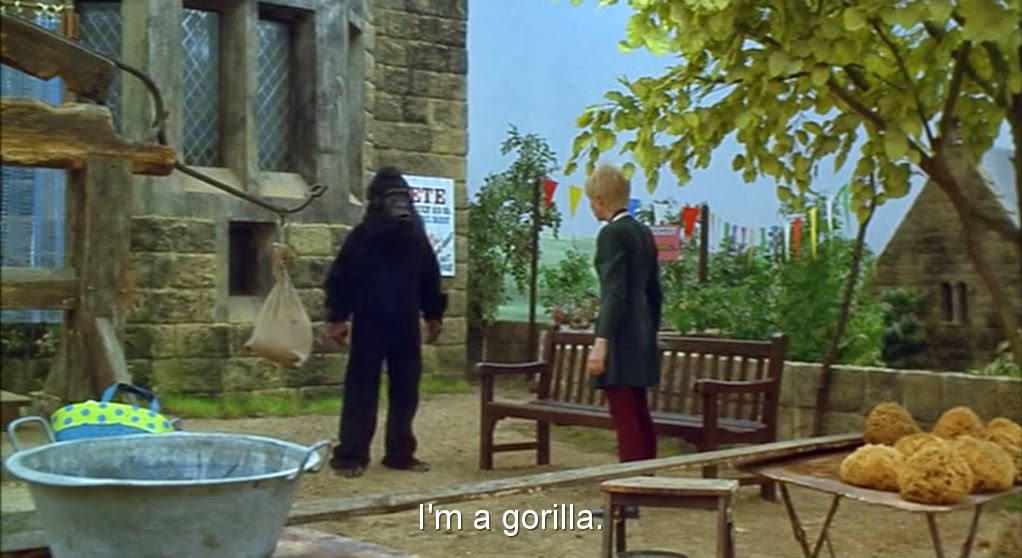 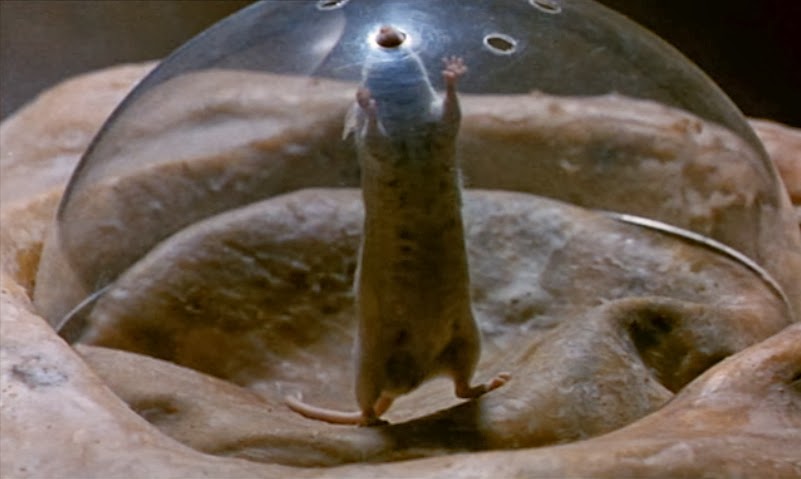 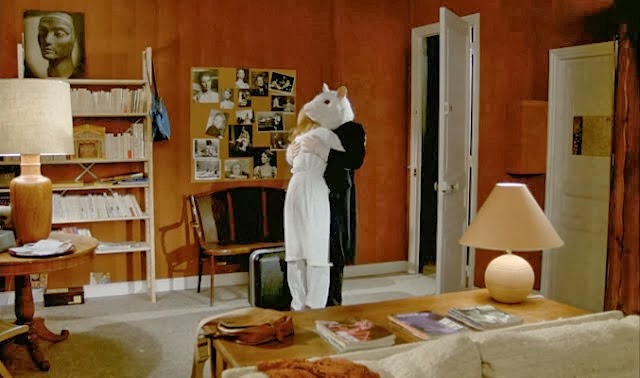 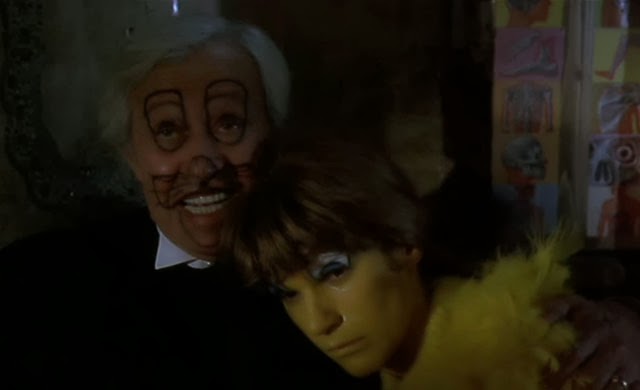 Especially with the current revival of his beautiful Je T'Aime, Je T'Aime (currently playing here in Los Angeles at Cinefamily, via a gorgeous new 35mm print), and the recent premiere of his latest (and last) film, Life of Riley, I've had Alain Resnais on the mind even more than usual as of late. Suffice to say he was one of the greatest filmmakers who ever lived, a man whose work has completely absorbed and transformed me. His death, reported today, is a monumental loss. Few filmmakers - hell, few people - remain so vital so late in life.

Among other things, the man knew how to film two people walking away together, towards a future both rapturous and grim (see also Love Unto Death, the finale of which relates while also challenging this pattern). 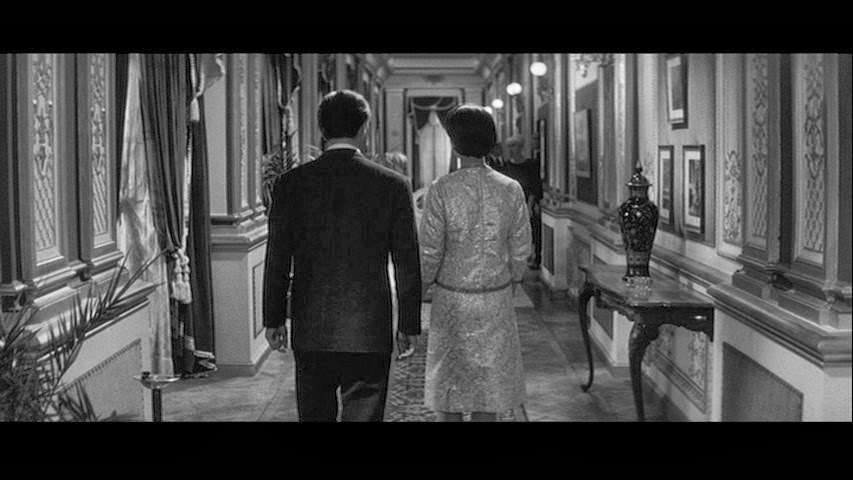