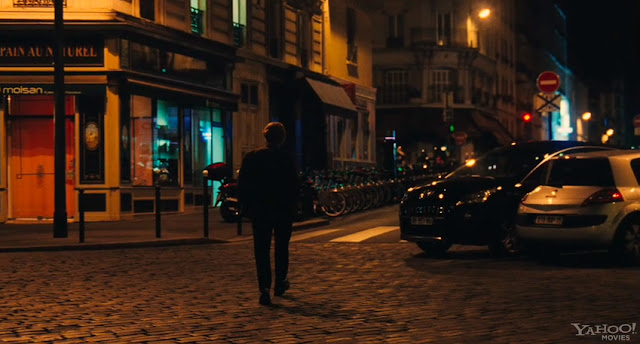 The following review contains spoilers, but in all fairness, I knew the "plot," such as it is, going in, and it didn't affect my viewing in the slightest.

There are a few of the golden boys of cinema that I just can't stand. We all have 'em. Directors whose films we try and we try and we read vast appreciations and we watch their films again and we just keep coming up empty. Woody Allen is my big one. Allen's a fascinating figure any way you look at him, and I have enormous respect for his work ethic (at least one film every year since 1982) and the ways in which he bends to commercial pressures continue to fascinate me (can't find funding for New York? Okay, rewrite for London!). Moreover, he seems to always make movies that he would genuinely want to see - even the silly ones come from a real place, a real love of how silly movies can be. And yet I just don't really like very many of his films. Now, the plus side to turning out a movie every year for thirty years is that inevitably you've made at least one for everybody, so I will say I deeply love Radio Days and I like Hannah and Her Sisters and Sweet and Lowdown an awful lot.

And I loved Midnight in Paris. I just adored every second of it. I love that there's no explanation for how American screenwriter-turned-struggling-author Gil Pender (Owen Wilson) is able to literally transport to the 1920s on a visit to Paris. I love how easily Allen lets you in on some of the references - figures as famous as F. Scott Fitzgerald and Ernest Hemingway are introduced without it feeling like a Saturday Night Live impersonation marathon - but allows others to elude. I love Owen Wilson's wide-eyed expression throughout the whole affair (much more on this later). I love every shot of Marion Cotillard, an actress I've admired but who here is in another stratosphere. I love every line Allen gives Hemingway. I love Allen's lightness of touch, which Kent Jones correctly identified as "his most underrated asset as an artist." Allen gets all the credit in the world for his writing, his cutting wit and insight into relationships, but when he's working like this, I adore his work as a filmmaker. I've often thought that creating something truly charming and light on its feet is the hardest thing in the world (which is why Lubitsch, particularly Trouble in Paradise, is one of my favorites), and Allen does it like the best - he makes it look so damn easy. 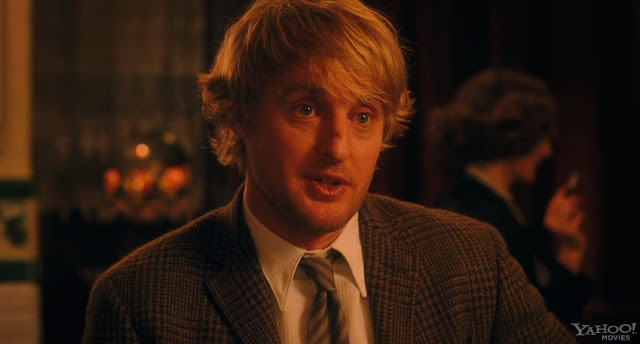 It starts with him not really asking any big questions. He brings up matters of looking to the past with rose-tinted glasses and seizing the present and all that, but doesn't weigh on them. They're there to gently nudge the story along, and that's fine; the best lightweight comedies have an air of the philosophical. What he really succeeds at is letting go, allowing Gil, and us in the audience, get caught up in the current of this magical, inexplicable event. He populates the 1920s Paris arts community not with the people as they are (I'm sure), but how we imagine them to be. Hemingway is a brute, but sort of jolly in asking "do you box?", Dali is inarticulate and difficult to follow but incredibly exotic, Fitzgerald says "old sport" at every turn and feels like he stepped straight out of Gatsby, and so on (to say nothing of the remarkable cast Allen has, all of whom are just totally game for anything and everything). It's an interesting choice for a film about not glamorizing the past, but ultimately, it makes for a much more enjoyable ride and, dramatically, it means Gil won't get off the hook so easily. If they'd all been bastards or bores or whatever, there'd be no magic, no reason for him to want to stay. He comes to realize that living in the past is a pointless fantasy for personal, interior reasons (though this transition could've been handled more gracefully) rather than external forces.

In interviews, Allen has talked about how he came to cast Wilson after much hesitation, but he's hardly the only one who's since realized how lucky he was in doing so. Wilson, too, is a guy who seems effortless in nearly everything, and his version of the classic Woody Allen protagonist is one of the best. His remarks come not from an ideal that has long been tarnished (which is the sense I get from most of Allen's protagonists), but one which he still genuinely holds onto. He still gets frustrated by "pseudo-intellectuals" and political disagreements, but his positive reactions and sense of wonder always come off so much stronger. We understand that although this is a guy stuck in a dream of the past and what could have been of his present, he's still living for something, still looking forward. He's trapped in a relationship he shouldn't be in with Inez (played willingly by Rachel McAdams), and even still he talks about what he wants from his future. We come to understand, not through direct dialogue necessarily but just through implication, that he's always wanted something grander but just kind of went along with what was in front of him. Some of that is in the writing, but Wilson does all the heavy lifting and, like Allen, makes it look absolutely effortless. He's so naturally funny and charming and - a quality too often overlooked in modern criticism - instantly likable. It is a marvelous performance.

I'm really pleased with how joyfully Allen embraced the comedy in this movie, and I laughed more here than I have at any of his other movies to date. Allen's funnier movies tend to play like a rack upon which he can hang a range of jokes (in case you ever needed evidence of his Groucho Marx influence, there you go), and that's fine as far as it goes, but they too often stop the film in its tracks. The best comedies meld jokes into a genuine film that has a genuine flow to it, and Wilson's casual delivery of some of his lines, almost burying the joke, end up making them all the funnier. They come off as real off-the-cuff remarks instead of really hitting them. To say I laughed "frequently" during this film would be an understatement - scarcely a second passed that I didn't at least have a smile on my face.

And there's something to be said for such a thoroughly pleasant, charming film like this. A lot, actually. I am in no realm a Woody Allen fanboy. Even his famous stuff only really rang true to me from time to time, but this is simply magic.
Posted by Scott Nye at 5:18 PM

Nice review, Scott. This is an enjoyable movie, and well worth seeing for Owen Wilson's performance as well as for the very atmospheric depiction of apartments, cafes, and clubs back in 1920s Paris. I loved the portrayal of Hemingway in particular - how he spoke in his own prose style. At times, I wished for Wilson to stop sounding like Woody Allen, but it was an entertaining movie with valuable message about living in the moment.