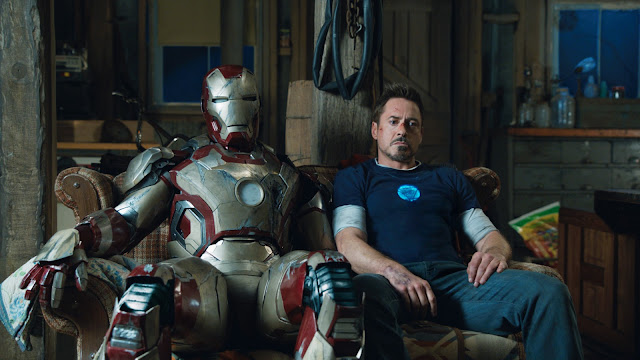 Depending on whereabouts you live, there are three films of varying quality opening tomorrow. Iron Man Three (I still can't believe that's how the title is presented onscreen) will, of course, be everywhere, and provides a good example of why using reviews as a consumer report is a bad idea. I thought it was just okay, didn't especially care for it, but I totally get why so many others are flipping out over it, and suspect many of you will as well. But I'm pretty up front in my review for Battleship Pretension about loving Iron Man 2, so that should be enough for many to totally write off my opinion, perhaps with good reason.

Much better, however, is Olivier Assayas' Something in the Air (a.k.a. Après mai, which translates to After May, and, given the late-60s French setting, is a much more informative title), which should also be available in some sort of Video-On-Demand capacity for those who don't have a local art house theater. Well worth seeing in either format, for reasons one could explore in my review of that, also at BP.

The best of all of them is both by far the most challenging, and, not coincidentally, the most difficult to see. I'm pretty sure Post Tenebras Lux is only playing at Film Forum in New York, but will be opening at the beginning of June in Los Angeles , and will presumably come someplace else throughout the year. It was in my top ten for last year, and my review, written soon after seeing it, is about as close as I could get to expressing how deeply I loved it while acknowledging that my attempts to understand it were pretty distant at best. I still couldn't explain it, but I've come to understand it deeply, and personally, and I highly recommend it on the very uncertain possibility that you might, too.
Posted by Scott Nye at 10:02 AM

I guess I am not the only one having all the enjoyment here! keep up the good work
free music games
barbie cooking games

When choosing the kind of automotive title loan, it is best to create your mind abreast of the shortest term you'll afford, so on pay the tiniest amount pay day loan near me at chicago of interest. certify you choose on a loaner that charges no commerce penalties, that enables you to pay off the debt earlier, if you'd want to avoid extra interest charges.