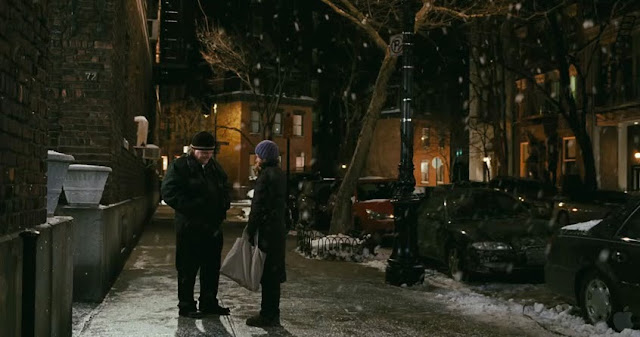 I was really surprised by this, I gotta tell you. I'm a big fan of Philip Seymour Hoffman (like nearly anyone who watches enough movies), but after a pretty middling trailer, I ended up attending a matinee of this solely to see another Hoffman performance and, more intriguingly, his directorial debut. The film seemed to have little to recommend itself; add to which nobody had singled it out in any way, major or minor. It seemed like it was just kind of out there.

But wow, is this a wonderful little movie, or what. Modest though it may be, it has more than enough heart to make up for it, and four great performances to boot. Hoffman stars as Jack, as the kind of guy Hoffman made his name off of - lonely, sadsack, but tremendously honest and heartfelt. Hoffman is one of those guys, man, who is just incapable of telling a lie. Jack doesn't have a deep-dark secret about his childhood; he only hints at some really antisocial tendencies. He's just one of those guys who never made it work - career, relationships, friends, whatever. He listens to a lot of reggae to keep himself zen.
Similarly, when Connie (Amy Ryan) comes into his life, she doesn't succumb to the current trend of forcefully turning his life around. Jack is not some kind of project for him; she has her own concerns and is just as delighted with his company as he is with hers. She mentions she likes to go boating, so Jack learns to swim. She mentions that nobody has ever cooked for her, so Jack learns to cook. When she's in the hospital, he buys her a stuffed koala bear at the hospital gift shop. And she loves it; really, truly. We see in this scene that they simply belong together. There's not a lot in the way of getting-to-know-you stuff. There's no "click." They are just instantly at home with one another. It's really beautiful in a simple, unforced way. 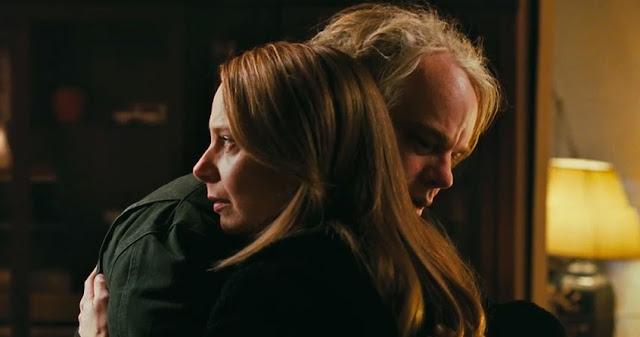 They have two friends in common, Clyde and Lucy, played by John Ortiz and Daphne Rubin-Vega, respectively. They've been married for a while now, and Ortiz and Rubin-Vega waste no time in perfectly establishing a couple that was once unbelievably comfortable with each other, but has over time been beaten into caution. Their scenes range from awkward to absolutely brutal, and the way Jack and Connie change their perceptions of this couple who brought them together is at once fitting and shows how they are growing as their own unit. Ortiz in particular emerges as a tremendous screen presence, riding the edge of theatricality without diving into it. Rubin-Vega's character calls for more subtle emotional shifts, which she plays beautifully. Her quiet changes of expression are capable of communicating years of regret, uncertainty, and exhaustion.
Adapted from a stage play by Robert Glaudini (who also wrote the screenplay), it does suffer from a slight feeling of staginess. There are some scenes - not even scenes, but lines, really - that would play better in that form. I've never terribly minded that feeling, and ultimately it barely intruded here. I was simply too delighted. Glaudini has no problem disposing with what many films get terribly hung up on: trying to explain why people are the way they are. All four of these people at some point do something completely unexpected that you do not see coming, and nobody makes any effort to clarify their behavior. The actors are strong enough to fold it into the whole of their character, and Glaudini and Hoffman (as director) trust us enough to recognize that whatever makes people the way they are is the combination of a billion other things that may have happened decades before we met them.
I suppose it should come as little surprise that Hoffman has emerged, instantly, a perfect actor's director. His visual style is expectedly restrained, but any more flourish would almost certainly feel intrusive. The cast here is unified and each play off the others with ease, reacting both as people in a situation and as part of an ensemble building towards a greater goal.
Not a terribly ambitious film, but necessarily so, Jack Goes Boating is nonetheless one of this year's most delightful films. Come for the Hoffman, stay for the romance.
Posted by Scott Nye at 1:53 PM

the majority of us created our “1st compensation Fascination Free” give seeing that our suggests that of in search of to buy for your responsibility in addition to really like concerning the business. YOU day cash enhancements is okay therefore you may acquire your current responsibility, simply by better-known for making each and every understanding comprehensive sizzling and in addition hospitable, speedily, respectful, in addition to useful. confine mind, were cash advances Tinley-Park throughout this posting that will facilitate our people utilizing quick economical desires, and in addition we have a tendency to tend to stand live progressing to demonstrate that to suit your wishes anytime somebody aid all of us.