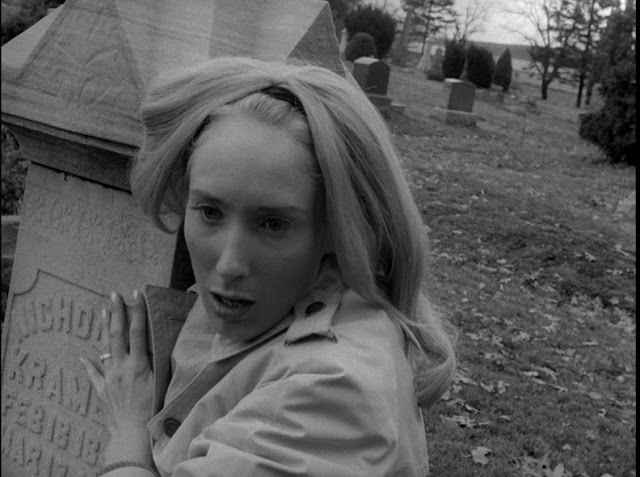 I am not, by a reasonable stretch of the imagination, a horror junkie. Or even that big a fan of horror films in general. I often joke that I don't have the constitution for the jump-out-and-scare-ya/reach-out-and-grab-ya form the genre so often takes, and that's really true - the adrenaline rush of the modern horror flick just disturbs way more than it excites me. This isn't me looking down on that form. It's just not for me.
I am, however, sort of a junkie for psychological horror. This isn't necessarily the horror of the mind - as in The Shining, for example - but more fear, anxiety, terror, and an overwhelming sense of dread taking hold in your mind. The feeling that your fate, however gruesome, is entirely inescapable. In these films, there is no "winning." Neither the characters, nor the audience, are given the release they've come to expect from protagonists besting their enemies. Because in this case, the enemy is death itself - dressed in a more genre-fitting form - and in some significant way, these films directly address our own mortality. Most of us don't spend a lot of time thinking about the fact that some day we will die. Anyway, I know I don't. But these films force us to take stock of that very real inevitability by placing its protagonists in situations where death is a certainty, and a very immediate one at that.
The zombie film is one of the best sub-genres to explore this with. They move slowly towards you, and seem fairly harmless. But once a huge group of them identifies you, escape is impossible. They descend slowly until you're entirely surrounded. In these moments, beautifully explored in everything from Night of the Living Dead to Shaun of the Dead, we see who we really are underneath the artifice that we are immortal. 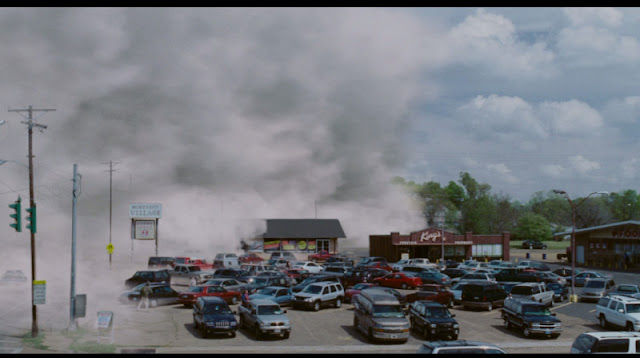 And one needn't zombies, necessarily, to do it. Two of my favorite films of all time, hands down, are The Mist and The Thing. Both use the power of the unknowable force of evil to descend upon and trap people until they are slowly picked off. Like the zombie film, the "villain" of these is not a person, but really a genre substitution for death itself. They all deal with characters who slowly, but surely, realize that if there is some "escape," it is at best a vague hope. In The Mist, in spite of everything they've attempted, they still end up out of gas at the edge of the abyss (the much-maligned ending is a subject for another time). Death will come for them, one way or another. In The Thing, or Invasion of the Body Snatchers, not only is it a force beyond reason, but it is impossible to detect. This is why Kevin McCarthy's final "you're next!" warning is so effective (even if it is undone by the sham that is the "real" ending) - he has stared into the abyss. He knows what's coming. Death will come suddenly, from someplace you least expect it. They even address a common fear (for others, a desire) - that we will die in our sleep, unaware of what is taking place.
These direct explorations of the very realness of death can be as affecting and powerful as those by Ingmar Bergman (and this is coming from a massive Bergman fan). In The Seventh Seal, Bergman had Death itself pursue Antonius Block in his travels across the land, waging intellectual war in the meantime to give Block the illusion that he could beat death. In a cosmic sense, is that so different from the illusion those trapped in The Mist's supermarket had - that this thing descending on them was something they could defeat? The best any of them can hope to do is buy themselves days (hours? minutes?) to relive the human experience - uncertainty, wonder, love, compassion, fear - before their fate finally arrives.
These are powerful feelings and ideas, and I'm always pleased to find films willing and able to explore them. I'm dying to see what Frank Darabont (writer and director of The Mist) does with The Walking Dead, which (from what I understand) takes the idea of neverending horror and draws it out over...well, however long the show ends up running I suppose. There's something massively satisfying about exploring the inevitability of death within the time constraints of a film, but a series presents other, tantalizing possibilities that I hope they capitalize on.
Posted by Scott Nye at 8:14 PM