A "Punch" in the Smarts 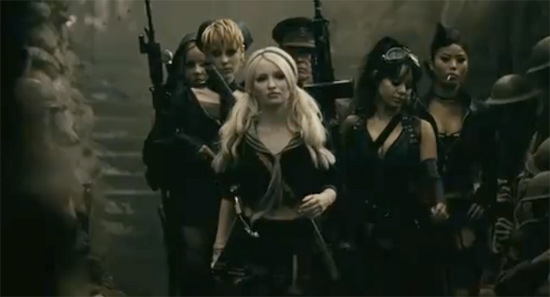 So I'm not going to say I regret going to see Sucker Punch. It's pretty rare that I really regret seeing anything, as I'm a movie guy and this is very much the movie of the moment. But it does lend itself to some good thoughts about where we are as a society in empowering women. I'll say that when I was watching it I wondered to myself, "this is what passes for female empowerment these days?" Luckily, the response by and large has been "nope."

I get into that a little bit in my review over at Battleship Pretension, but deal more with the film as a whole. If you want to really dive into the film's gender politics, Monika Bartyzel of the wonderful Girls on Film column at Cinematical really just guts the film and examines the remains.
Posted by Scott Nye at 8:06 AM