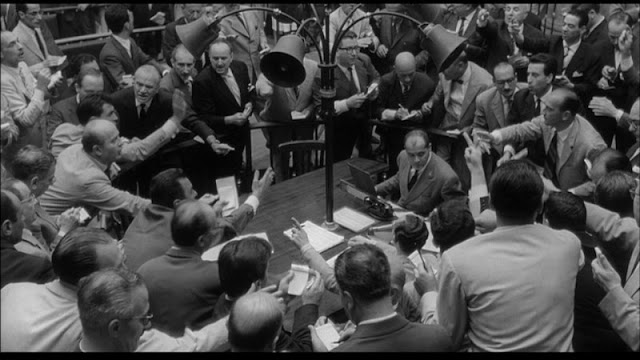 I've long expressed frustration towards people who make a big show out of how much they do not care about the Oscars, largely because it seems that if they truly didn't care, they wouldn't say anything at all. For instance, I really do not care about, say...whale watching. Never talk about it. On the other hand, I really, honestly do love and care about the Oscars, so I talk about them all the time. But of the many, many statements made against the Oscars, the most pervasive one seems to be that many of the films that get nominated, and certainly those that win, won't be the ones we'll be talking about in twenty, thirty years. The speaker then lists whatever his or her pet causes are that year, because certainly those will be the ones we'll all remember, and thus these films are more valuable.

Aside from the false premise of a person assuming that even he/she will still be into a given film by then, let alone a large portion of cinephile culture, it's essentially using one consensus to justify the lack of attention by another. It's saying, "man, this group of 6,000 people don't get it, but this group totally does, so there!" Furthermore, neither really reflect the value of the film(s) at hand, and each discount the other's ability to even talk about the right films. The Academy might not highlight the greatest films of its generation, but every list henceforth will in some way overlook films from that same generation.

The history of cinema, and especially its representation, is too varied and esoteric to depend on "the conversation" to dictate the best there is, whether that conversation is happening now or in fifty years. For example, everybody can talk about Gone with the Wind at the drop of a hat, but increasingly few truly consider it to be among the best films ever made. Conversely, I've seen a couple of films on Turner Classic Movies that are now among my favorites ever made, but try to find more than a handful of people who are talking about It's Love I'm After or The Devil and Miss Jones (the former is available from the Warner Archive, the latter is coming out from Olive this year). They're still great films. The amount of conversation generated around any movie doesn't make it any better or worse, and is just as absurd a barometer to use to justify a film's value as any award, let alone the Academy Award (which, as it happens, has ensured we still talk about Around the World in 80 Days in some capacity).

So in the meantime, talk about the films that matter to you. Don't rely on others to pick up the slack.
Posted by Scott Nye at 12:06 PM