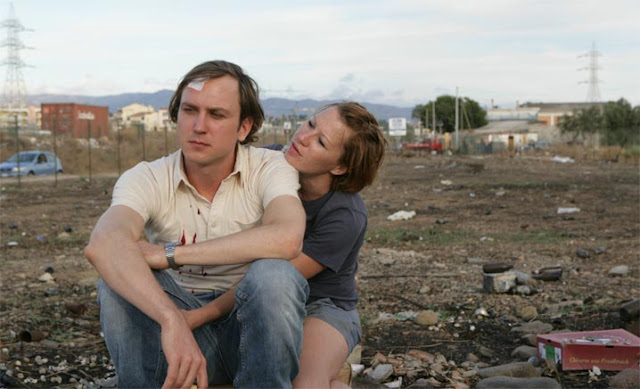 Love-on-the-rocks stories litter cinematic history, but they always make it seem a lot more fun than it really is. You know, people are shouting at each other and making snide, cutting remarks and generally walking about feeling a great deal superior to the other person. The reality, which writer/director Maren Ade nails to a horrifying T in depicting a week (or so) in the relationship between Chris (Lars Eidinger) and Gitti (Birgit Minichmeyr), is that it's a lot more uncomfortable and ill-defined.

In this case, Gitti is stuck with the constant feeling that in spite of one's best efforts, or worst of all because of them, that things are just going to take their course no matter what. For Chris, it's the other side of the equation, the increasing feeling that he has no idea who this person is that he seems to be spending so much time with, plagued on several sides by mounting professional difficulty, personal disappointment, and the general notion that everyone else (title alert!) has a better relationship than they do. And like most guys, he shares almost none of this with Gitti, instead allowing his tension to become their tension, only about other things altogether.


This is a film all about the things that don't get said, so I'm all the more in awe of what Ade, Eidinger, and Minichmeyr pull off here, hiding emotions in actions, how things are said, and the moments between those and everything else. They understand the frustration and difficulty of communicating and simply being together that comes when there's some unspecified problem* in a relationship, how people make the effort to recreate situations from when they were happy in the hopes that they'll be happy again, or at least disguise the sadness. 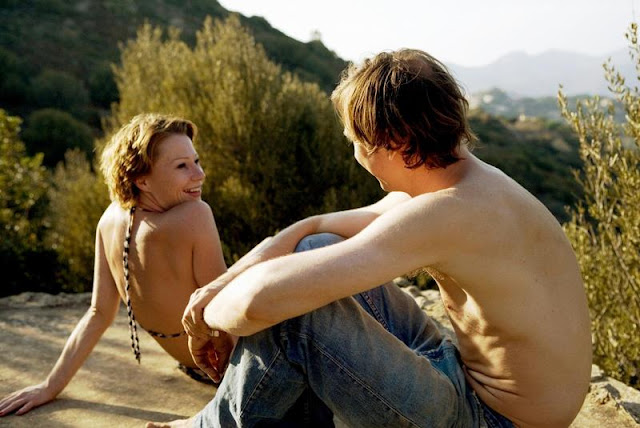 Most encouragingly, Ade isn't content with the mere realism of tangled emotion (though that alone would make this an outstanding film), but her method in how she begins and ends the film belies an entire unspoken philosophy of romantic relationships and filmmaking itself. The most vague of spoilers follow.

The key to the ending of Everyone Else, which absolutely incensed the Portland film crowd and which I absolutely will not spoil, is in the beginning. Ade acknowledges and makes use of what too few filmmakers even take into consideration - for a film that attempts to tackle events in a realistic manner (which could be said to comprise at least 90% of modern cinema), it must acknowledge that there was something that happened before the film started, and something that will happen after the film ends. Not just a general series of events, but there was an exact moment before we met these people, and there will be exact moments after we leave them.

This isn't simply a stylistic decision or one arrived upon simply because the easiest way to start a movie is to pick up in the middle of a scene. There are, wait for it...thematic ramifications to the way Ade starts and ends her film. For these characters, the past seems to grow more and more distant every day, and the connections it has to their present state seem increasingly tenuous - they're as unsure about how they arrived to this part of their lives as we are. Similarly, the future is always unknowable, a truth that never seems more immediate than when one is in a troubled relationship. Every second is filled with the possibility that your life, and especially the plans you made for the future, could change or vanish altogether. Thus, the beginning and end of the film are not simply mysterious, they define the whole experience - Chris and Gitti's, any couple's, ours as an audience. What seems casual is actually a profoundly bold choice.

This is one of those films that cannot be praised enough, and due to the vagaries and difficulties of foreign film distribution, probably never will be. Your appreciation may hinge on one's own past relationships (and this is not a film about love or romance; this is about the experience of being together), I couldn't say for sure, but I left stunned, slightly shaken, and ever more aware of all that is good in my own life.

*[much as other critics seem to see it differently, I feel that the problems in Chris and Gitti's relationship are not as simple as some reviews have made them out to be, and that the title doesn't surmise everything that's going wrong for them. Further, I admire that Ade, Eidinger, and Minichmeyr don't try to pin the problem down, but rather explore the difficulties inherent in this] 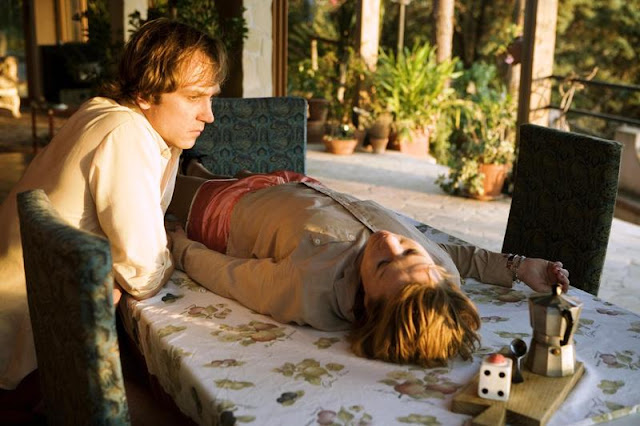 Everyone Else has been picked up for distribution by Cinema Guild. No word yet on a release date, but I'll definitely be championing it when there is.
Posted by Scott Nye at 2:46 PM