Sullivan's Travels, Rosselini's War Trilogy, and the Problem of Poverty 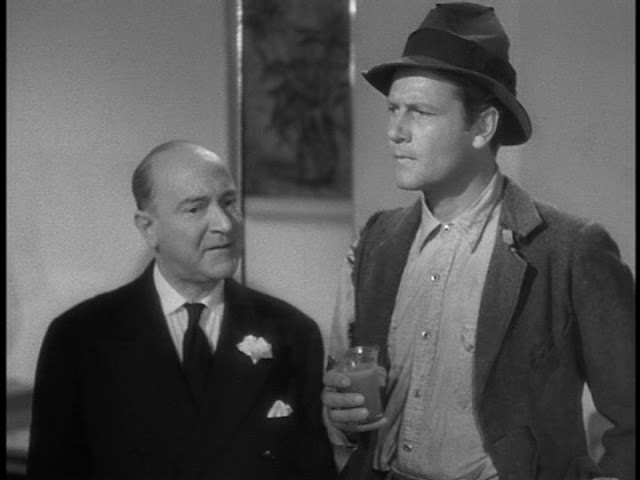 So I finally saw Sullivan's Travels (Preston Sturges, 1941) yesterday, and had a hard time figuring out what the film was actually about. For those who don't know, the film is about a director, John L. Sullivan ("Sully"), who wants to make a socially conscious, realistic, uncompromising film about the human condition. When his producers point out that he doesn't know the first thing about a hard knock life, he sets out on the road to make one. Anyway, I got the film's resulting message about how important it is to make movies that make people laugh, especially in tough times. But they outright state that at the beginning, it's expressed in the church scene, and it's stated again by Joel McCrea at the end, when he says he hasn't had the experience necessary to make his serious, socially responsible film about the "suffering of humanity."

But what about everywhere in between? I've read that the film is a satire, but of what? Hollywood's desire to directly tackle poverty and suffering without having experienced it? That would seem to be the case, but that's exactly what Sullivan's Travels is - for all its comedy and playfulness, there are large sections of the film dedicated to showing the toll the Great Depression had taken, and at the time was continuing to take on people. How is the sequence where Sully goes to a work camp so different from much of Ford's The Grapes of Wrath? It IS a Hollywood-produced film about the "suffering of humanity." Doesn't that make the film more than a little dishonest?

What compounds this problem is the film's repeated declaration that the poor don't want to see their problems onscreen; they'd rather laugh. That's a fine sentiment and all, but isn't either assumption too great? I would argue that making any kind of film under the pretense of what one believes the audience, particularly a lower-class audience, needs is always going to be self-serving and condescending, whether it proves true or not. Laughter is a noble pursuit, but it should never be pursued nobly, which is sort of the tone I got from Sullivan's Travels - as great a sense of self importance as Sullivan himself takes on when he first pitches O Brother Where Art Thou? By the end, we're exactly where we were in the beginning, only by different means. 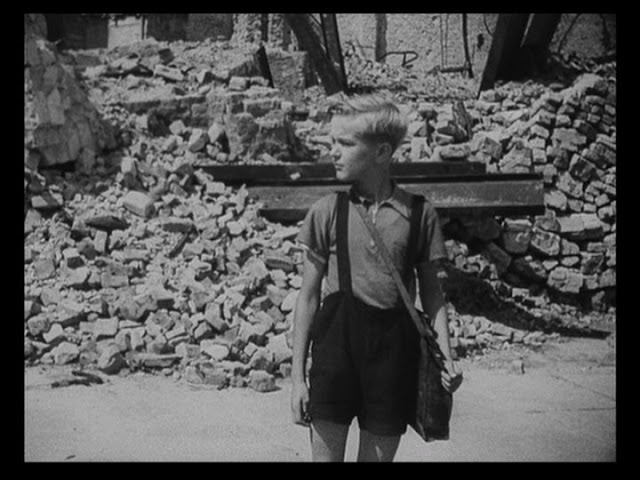 It would be impossible for me to not contrast this with the three films that comprise Roberto Rossellini's War Trilogy - Rome Open City (1945), Paisan (1946), and Germany Year Zero (1948) - recently released in a superlative-inducing box set by The Criterion Collection, which I received in the mail a week ago. The Trilogy so actively rebukes Sturges' claims that, in cinema, it's more worthwhile to make people laugh than to cry. That the films so brazenly and without hesitation tackle the important social issues of the day without apology, and that Rossellini is a director who followed his instincts while Sully is praised for playing it safe only makes the issue so much more clear-cut.

No doubt one could point out that Sullivan simply claimed he didn't have the necessary experience to make O Brother Where Art Thou?, while Rossellini and his collaborators were drawing on direct experience. Until Germany Year Zero of course. As much as the film is a political statement about the lasting effects of Nazism, it's also a stunningly sympathetic portrait in what Rossellini termed (in an introduction to the film) "the context of their tragedy, their drama." He knew the effects of war firsthand, so, sure, he had an emotional "in," but he made the effort "to go see the Germans close up," which is the exact parallel to the quest Sturges mocks Sullivan for.

But what one comes to appreciate more when viewing these four films is that Rossellini doesn't treat the impoverished with any less respect. He and his collaborators made honest, revealing films about the times, and the very people those films were about responded to them. Audiences responded to Sturges as well, but I was shocked at the attitude the film takes towards the poor, in statements like "[poverty] is to be stayed away from...It is to be shunned" and the subtle condescension of Sully's conclusion: "There's a lot to be said for making people laugh. Did you know that that's all some people have? It isn't much, but it's better than nothing in this cockeyed caravan."

It may be true, but it still felt raw and cold in my stomach as I saw a man on a private plane celebrated for this statement.

Artistic instincts are worth pursuing; populist instincts are not. Making something according to what you think the audience wants is an empty goal. Instead, the artist should make something he or she finds thrilling, and if loads of people respond to it, all the better (as in Star Wars, for example). I've often found that the intent in making a picture comes through clearly, and films are made better when made with good intent.

I've a forthcoming piece on Sullivan's Travels, and while I'm more keen on the film than you appear to be, my conclusion is similar: Sturges gets to have his cake and eat it too. As entertainment, it generally works - it has an imaginative story, a number of funny lines and sequences, and a sexy Veronica Lake. As a statement of some sort, it's decidedly muddled.

Although I do think the butler's "poverty to be shunned" speech is a rather effective putdown of Sullivan's pretentious desire to slum it, but with a safety net (reminds me of Platoon's "damn, you gotta be rich to think like that," although Charlie's put his money where his mouth is a bit more emphatically than Sully, at least till he gets bopped on the head).

I've never been completely sold on Rossellini, although I like Stromboli quite a bit, and like Flowers of St. Francis and Voyage in Italy a fair amount.

At any rate, I think the best solution to Sullivan's conundrum is not to figure out how successful insiders can attempt, clumsily or otherwise, to address the generally voiceless, but to figure out how the voiceless can express themselves. Today, with cheaper technology and online avenues, that's probably closer to happening than ever before.

This ultimately makes Hollywood's handwringing seem a bit beside the point.

Great-looking blog by the way.