As previously stated, there were a bounty of good-to-great movies this year. I am shocked at some of the films that didn't make this list, films I saw and were certain would hold strong 'til the year's end. Some of those came out in December, even, so I either forgot about how many movies I'd said that about, or - and this is absolutely true - I actually only saw some of these only in the last few weeks. Some others rose immensely in my esteem, and the list refused to be complete without them.

This really isn't the list I thought it'd be (for starts, it's the first time an animated film has ever made the list), and although I say this every year, I feel better about this list than any other I've made before. I'll stand by these film to the death. You may disagree, and that's all well and good, but this ain't totally objective. These films spoke to me on some fundamental level and I love 'em to bits.

So, without further ado...

Every year, I pick a film or two that had a few problems with it that keep it out of the top ten, but is notable in some other way that attention just must be called to it. This year, that film is... 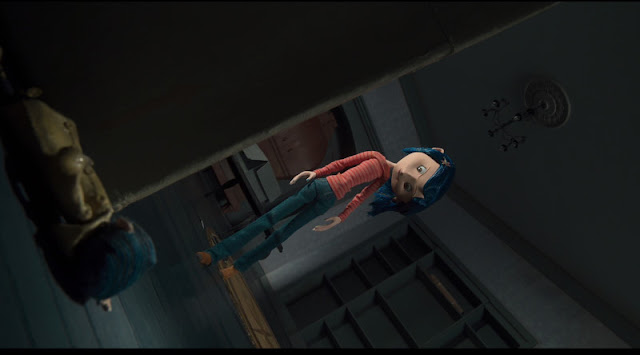 Coraline
This is pretty simple - it remains, to date, the best argument for 3D as an artistically viable option in cinema. Avatar was fine and all, but it's a) not half as good all around as Coraline is, and b) doesn't even begin to tap into 3D as an extension of art or theme. Selick has a great venue here, as the two worlds Coraline moves between create natural uses for depth and perspective, and the film was not only made more entertaining by its third dimension, but actually a better film. It really is just flat-out awesome, too. (Now available on DVD and Blu-Ray)

Just Missed the List: Treeless Mountain, The Informant!, The Messenger, The Girlfriend Experience, An Education

10. Two Lovers
Already, thinking back on this film, I kind of regret not picking Joaquin Phoenix for Best Actor...but nevertheless! James Gray's latest film is one of the best films about love to come out over the last decade, one of the few to treat it absolutely seriously, and it's so deeply moving. Gray and his wonderful actors (including Phoenix, Gwyneth Paltrow, Vinessa Shaw, Isabella Rossellini, and the always-astounding Elias Koteas) display that rare gift of being unafraid to completely express themselves and totally successful in their accomplishment in doing so. A near-perfect film that could so often take a wrong turn but never does. (Now available on DVD, Blu-Ray, and Netflix streaming)

9. Cloudy With a Chance of Meatballs
So...until I started to write the descriptions of the films I selected for the Top Ten, this wasn't on here. But I watched it again a couple of weeks ago, and have been convinced that it truly stands up as one of the best films of the year. For starters, no joke, it's the most I laughed during any movie all year. Writer/directors Phil Lord and Chris Miller pack as many jokes as possible into every bit of this movie, filling the frame with jokes that can just as easily whiz by as totally captivate, and bringing relentlessness back to animation. The movie really seems to never stop, but when it does, it manages to be genuinely, and unexpectedly, touching. (Now available on DVD and Blu-Ray) 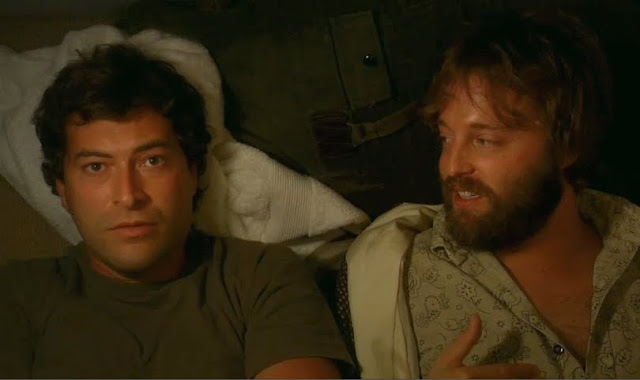 8. Humpday/Whip It
I've never done ties before, but I felt compelled to cram these both in here, and I think they complement each other nicely. Each represent the modern "indie" film - both are independent productions, though the latter is obviously more studio-ready (big stars, studio lighting and camerawork, etc.), and they both are totally accessible and entertaining in very mainstream ways. This isn't to say that non-mainstream is bad (as you'll soon see), but each toy with accessibility in different ways. Humpday is a largely-improvised part of the "mumblecore" movement (a name everyone hates defining a movement that never really happened), but the structure imposed on it makes it tighter, more focused, and ultimately more rewarding than its more wandering brethren. Whip It, on the other hand, is almost crushed by its predictable sports-movie structure, were it not for the little moments of bliss and genuinely thrilling sequences. 7. The Hurt Locker
The thing about movies that get months and months of buzz and everyone keeps talking about how great they are and omigodyouhavetoseethatmovie is that they're rarely as good as everyone says. The Hurt Locker is exactly as good as everyone says it is. A wonderful, effortless illustration of the casualties of war without making a point of being about the casualties of war (aside from a fairly unnecessary quote at the beginning), The Hurt Locker is also a hell of a thriller/action/edge-of-your-seat kind of movie, a great use of the episodic structure that often automatically gets dismissed, and of course, as hopefully will be reinforced on Oscar night, the BEST-directed film of the year. Kathryn Bigelow's achievement here is forceful, graceful, and absolutely perfect, and the film would be half of what it is without her. (Now available on DVD and Blu-Ray)

6. Silent Light
When the film's fans rise up to defend Avatar - and they will, often violently - they'll excuse everything else and say "but it's just such an experience," and I'd be with them, too, had Cameron's film actually devoted itself to that and not been so obviously concerned with its story. This isn't to say that Carlos Reygadas, writer and director of Silent Light, wasn't concerned with his story, it's just that my principal reaction to this film was as a total cinematic experience. It was only after, as I wandered Portland for a good twenty or thirty minutes before actually heading in the general direction of my car, that the story started to sink in, and what I saw held up as a real, tangible thing. (Now available on DVD and Netflix streaming) 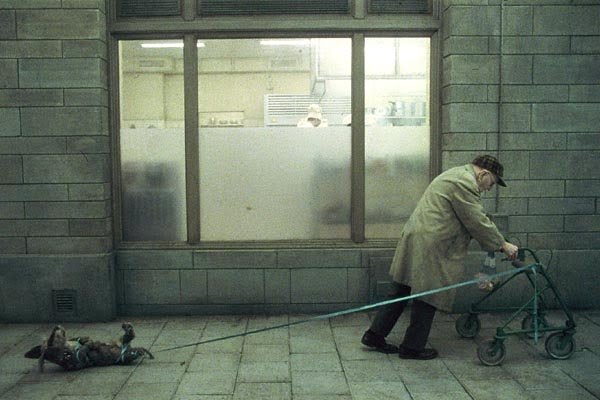 5. You, the Living
A few times every year, a film like You, the Living (which Netflix correctly describes as exploring "the dark side of existence and the complexity of the human condition") will come out and a great many people will exclaim, "see, artsy movies can be entertaining too!" And while I have fundamental issues with the idea that a movie has to be entertaining to be good, it is kind of fun when the two intersect this neatly. For, as deep and complex and artful as You, the Living is, it's also a blast to watch. I won't spoil it, but there's a scene involving that tablecloth trick (where you yank out the tablecloth but the place settings remain) that's one of the funniest things I saw all year. (Now available on DVD and Netflix streaming)

4. Inglourious Basterds
Quentin Tarantino, even more than Paul Thomas Anderson, is too often criticized for knowing too much about movies and not enough about life. This, of course, presupposes that every film has to be about life (or even more so, a movie about movies), and even if that were true, how do we account for those directors who make movies their life? Tarantino's Basterds is a total expression of the power of cinema - how it can form your worldview, tear it down and build it up again, move the mountains of history, and even defeat the Nazis. It's gotten a lot of ink for being Jewish Revenge Porn (I think that's how Eli Roth termed it), but those who carefully compare their own reactions to the early Basterds scenes with how the Nazi party reacts to Nation's Pride will find so much more. (Now available on DVD and Blu-Ray) 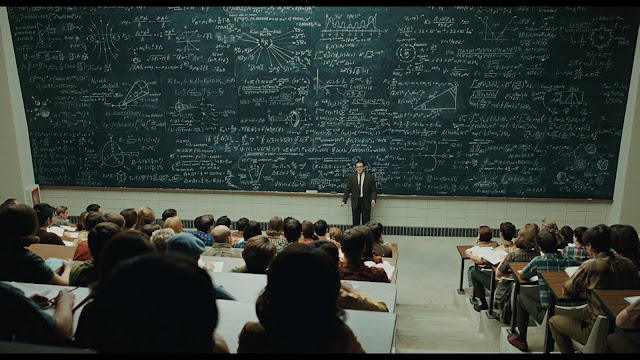 3. A Serious Man
There are some films so hellbent on being bleak and depressing, they start to become a little funny in their determination to torture their main character. In Joel and Ethan Coen's A Serious Man, that's the whole point. As non-laugh comedy goes, this was the funniest movie I've seen in years, and those moments that did provoke an audible response had me in stitches. The Coens can be, and have been, accused of taking their whimsy too far, but it often seems perfectly tempered to me, coming out here in the defining characteristics of each performance, be in the way a member of the tenure committee stands in a doorway, the way Fred Melamed as Sy Abelman (the best-named character of the year) says anything and everything, the way Richard Kind comes stumbling out of the water, and each and every movement of Michael Stuhlbarg's criminally under-recognized performance. Oh, and like most of my favorite films, the end's a doozy. (Available on DVD and Blu-Ray February 9th) 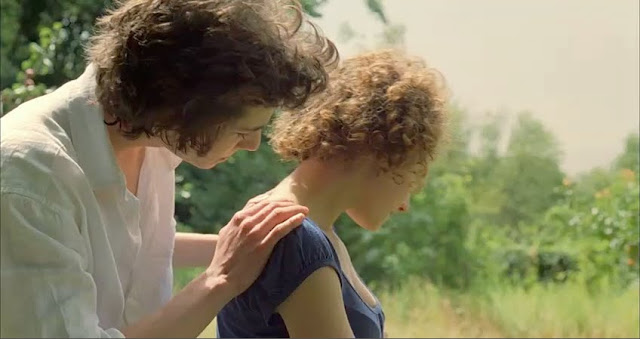 2. Summer Hours
This knocked me on my ass when I saw it in May and I'm still unable to stop thinking about it. It's a quiet film, to be sure, with only a hint of the drama that usually burdens "family dramas." Whereas many a blockbuster go on and on and on...and on, and never really get anywhere, Olivier Assayas takes under two hours to create a wonderful meditation on the erosion of family ties, the shrinking world, the art of economics, the generation gap, the modern indifference towards familial legacy, the machinations of inheritance, and, most touchingly, the creation of a new legacy. The great majority of the film had me immensely moved, captivated, and impressed. By the end, that rare, incredible, goose-pimply feeling enveloped me, and I was in absolute awe. (Available on Netflix streaming, on DVD and Blu-Ray April 20th) 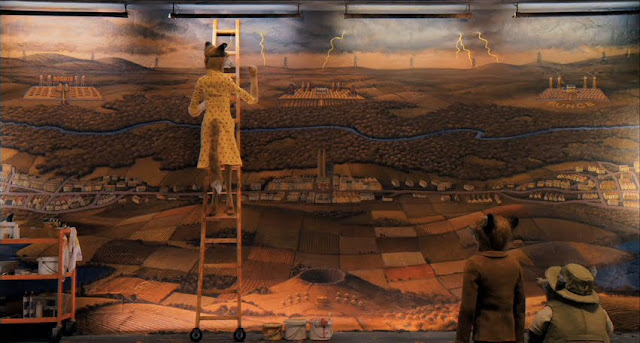 1. Fantastic Mr. Fox
Yeah, still working on how to describe how truly wonderful this movie is. If directing can be defined as making a million small decisions that somehow add up to a cohesive, artful whole, one COULD make the argument that Wes Anderson is the best director of the year. By building a certain folk-American tradition into Roald Dahl's British novel, rolling his own eccentricities and concerns into it, making (by modern standards) outrageous demands on his animation team - real fur, no CGI influence, 12 frames per second instead of 24, and casting the film to perfection whether that means an A-list actor (giving one of his best performances, as it turns out) or his close friends (or people who fall into both categories), Wes Anderson has truly crafted a film within an inch of its life that feels at once effortless and like a tremendous undertaking. It's as breathtaking as it is an absolute joy. I couldn't ask for more from a film. Oh, and you wrote a bad song, Petey. (Still playing in some theaters, on DVD and Blu-Ray March 23rd) 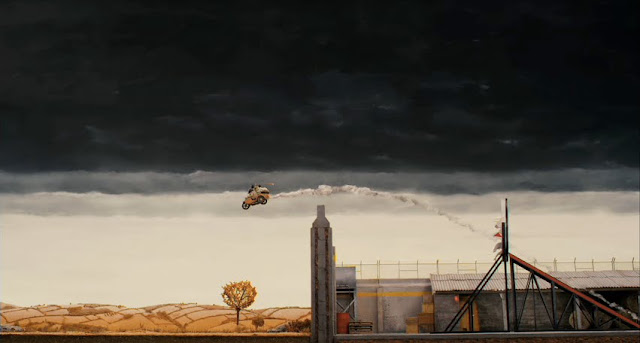