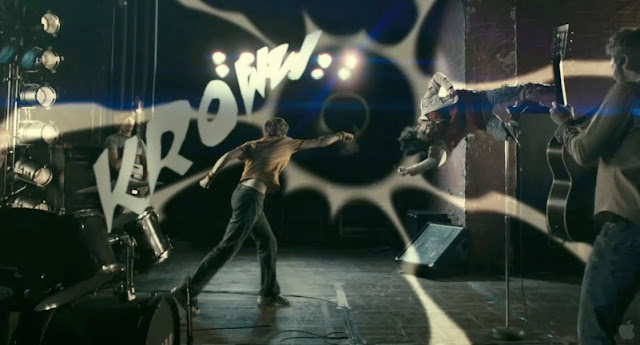 If cinema is to have a future, there are already a small group of talented filmmakers ready, willing, and able to guide it towards what it will have to become to thrive in the 21st century. Edgar Wright is one of those filmmakers.

Making his film debut with two genre parodies/deconstructions following fourteen episodes of a reference-heavy sitcom, I suppose it's unsurprising that most of the talk surrounding Wright was in postmodern terms at best, and spot-the-influence terms at worst. With Scott Pilgrim vs. The World, a film that wears its cultural touchstones on its sleeve, only one true comparison comes to mind - Jean-Luc Godard's Breathless. Because in spite of its many clear influences, what Edgar Wright does here is all about invention for a new generation.

In a recent article in The New York Times, A.O. Scott recounts a story of reactions gathered as people  exit a Paris theater, having just seen Breathless, in 1960:


A grandmotherly woman makes a face and waves her hand in disgust: Revolting! Idiotic! A middle-aged gentleman, stout and respectable, takes a more tolerant view: This is a movie about how young people live today, he says, a movie made by young people, and he is generally in favor of young people. But a sober-looking, well-dressed younger fellow demurs. “I don’t think it’s very serious,” he says dismissively. 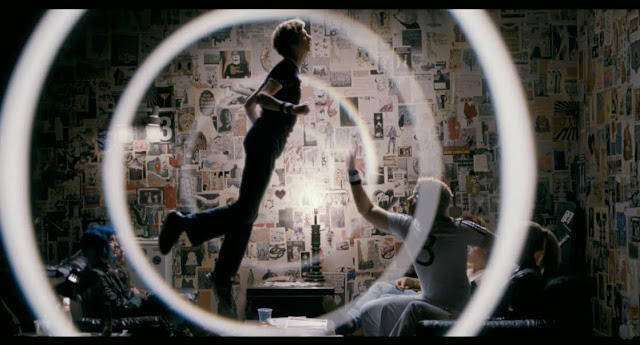 Now let's not get ahead of ourselves - if Scott Pilgrim ends up as important a film as Breathless, it's only something we'd know about decades down the line. But let's just say I wouldn't be surprised. It unquestionably will be, and already has been, dismissed on similar terms as Godard's breakthrough film - a silly film for young people - but it's really quite astounding. Wright has never been given his due in the editorial department, and here his achievement is more striking than ever, building transitions into the frame and script in new and clever ways even for him. If this is the film for the multitask generation, it's simply because he communicates so much information so quickly and simply, one would have to have built up the skill required in a world overrun by the Internet and smart phones to understand and appreciate what's happening here. Which is to say, it's a film for people of any age who can process visual information quickly.

And quick it is, but there can be grace in speed. Whereas Christopher Nolan's laborious rush of exposition in Inception came off as forced, its speed the equivalent of an unyielding freight train, Scott Pilgrim has the grace of a Bob Clampett or Frank Tashlin cartoon. This, as you may have gathered even from the frames in this article, is hardly the only comparison one can draw between the film and cartoons, but in the age of CGI, this is no longer a viable separation. Every major film, to one extent or another, is a cartoon - Scott Pilgrim, like Speed Racer before it, is just more cartoon than most.

Wright's thorough commitment to this world, one in which people break into fights or songs at the drop of a hat and vegans can read your mind, is beyond admirable. In an age when even musicals have to meekly shuffle their main attraction to an imaginary realm, where comic book characters have to have "realistic," "believable" origins, Wright's unapologetic zest for pure creation is the monsoon after the drought. 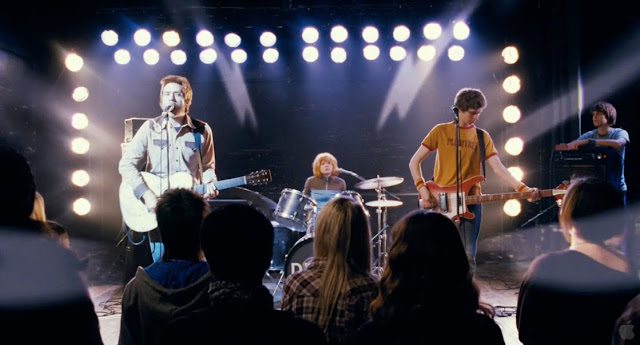 Like Breathless, this is a very youth-oriented film - it addresses young concerns of hopping from relationship to relationship, getting over your girlfriend's sketchy past (echoes of Chasing Amy here), and the weird malaise that sets in over your mid-20s, where you have no idea what to do with any aspect of your life. These were central concerns in Spaced, the British sitcom Wright directed, and while he's now in a place to look at this struggle more humorously and distantly, it's sort of charming to see that Wright still identifies and sympathizes with these concerns.

And, like Spaced, he does it in the most insane way possible. Adapted from a series of comic books (that I haven't read) by Bryan Lee O'Malley, Scott Pilgrim vs. The World is the story of a twenty-two-year-old slacker, Scott (Michael Cera), who meets the girl of his dreams, Ramona Flowers (Mary Elizabeth Winstead), and has to fight her seven exes in order to date her. The sly conceit of the story is that this is not a battle to win her, but rather literalizing the emotional turmoil that comes with accepting your new girlfriend as a person, and not simply an idea. For most young men, that's all women are at first - a lovely image upon which we can drape whatever suits us. And that's exactly how Scott, and consequently we as an audience, see her for much of the film. What makes her worth fighting for isn't anything defineable; it may not even exist. Scott's battle is for purpose, the realization of every young man's dream, that his life is an epic battle, and at the end of the road, a woman who is everything he's ever wanted.

It's also thoroughly entertaining. The fights, which could have so easily become episodic and repetitive, are consistently offering new angles and are the most electrifying I've seen all year. Visually, the film is an absolute feast, but one never without motivation (Wild Grass for the multiplex), shifting color, aspect ratio, depth, whatever it takes to convey the emotional stakes of the moment with willing abandon. And if the film comes up short emotionally, conveying Scott's growth too literally, it hardly matters by that point. By then, Wright's complete authority over his chosen medium and the ease with which his cast (about whom I could, and perhaps will, write a whole other article) assimilates to and enriches his landscape have completely won us over.

Scott Pilgrim vs. The World is cinema. And you should experience it for yourself.
Posted by Scott Nye at 9:26 AM