On Movie Stars and Hands in Jars 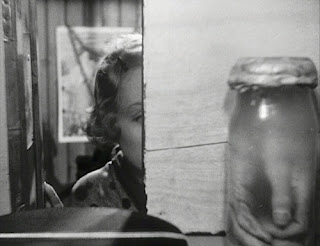 The above image will START to explain the title of this post, anyway. Point is, I have two new reviews up at Battleship Pretension, and I have been remiss in sharing them. The first is of the amicable, if not exceptional, Moneyball by the might-be-great-someday director Bennett Miller. I found his Capote to be similarly bland, directionally, though he's now two-for-two in bringing out great performances from his leading men. Not a major accomplishment when dealing with Philip Seymour Hoffman (who also co-stars, rather ineffectually, in Moneyball), but Brad Pitt has a surprisingly uneven track record as a leading man. In fact, looking at it now, this is only the second time I thought he's actually given a truly great lead performance*, for reasons detailed in the linked review.

On the other end of the equation, I gushed for many, many words about The Criterion Collection's outstanding release of all of Jean Vigo's films, titled appropriately enough, The Complete Jean Vigo. As I said, my gushing knew no bounds there, so I will keep it necessarily bounded here. Other than to say if you've never seen Vigo's work, life's about to get a little sweeter.

*The first was The Curious Case of Benjamin Button, and you can just suck on it if that's not good enough for you. Or read my lengthier, more well-worded rational, here. Also, he was not the lead in Fight Club, The Assassination of Jesse James by the Coward Robert Ford, Seven, or probably any other movie about which you're ready to say "well, clearly you haven't seen..." though I welcome all attempts to the contrary.
Posted by Scott Nye at 3:28 PM

Among the troubles linked to fashionable tough standard burberry outlet is definitely handling to be common without necessity linked to reduction your budget. After men and women find what sterling silver can be, they generally speculate precisely why hermes replica isn't really created from natural silver precious metal. You will find there's good good reason that you will not ever go to a necklace, diamond necklace, as well as broach constructed from natural silver precious metal. Silver precious metal, throughout it can be 100% natural variety, can be way too delicate to form straight into fake chanel. In case you ended up for you to don a new necklace created from natural silver precious metal, it will separate a part in a short time. After you’re set combine somewhat more coloring, start using leaps involving coloring. This could be reached by simply retaining your current clothing generally monochromatic along with introducing one particular look-at-me part say for example a discolored prime donned using darker skinny jeans, or possibly a jewel-tone cami donned under your hard work blazer. A good way to make this happen is usually to make an attempt to offer embroidered prada replica for the earnings in case this can be another thing you're straight into. Thus giving clientele so as to entice your loved get linked to replica tag heuer by way of these types of a fantastic e-commerce keep.

Taking out a cash loan on your bank cards is dangerous, expensive, and provides the potential for debt if you're payday loans jackson-MS doing not quickly pay back it. Understanding that before you run your bank cards at the ATM might assist you turn out higher picks with connectedness the merely utilize a bank cards cash loan.