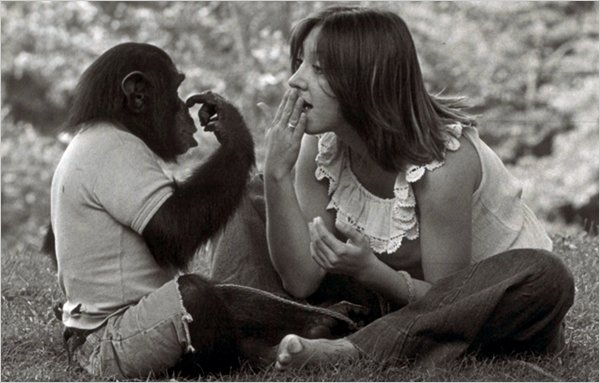 I'm not saying this to brag as much as provide context - with the end of the year and awards season approaching, I've been receiving a ton of screeners. My goal is to somehow plow my way through all of them, and write at least a little bit about each. Hopefully I'll get one or two of these up each week to let you know how the progress is going, and maybe tune you into some films you might have missed this year.

Page One: Inside The New York Times - I was really looking forward to this one, and it's certainly not without its pleasures. Choosing David Carr as your chief subject will certainly yield many, and I've had a long fascination with "the newsroom." Add to that a little social relevance with the decline of the newspaper as an industry (and, in many ways, an institution), and you've got the makings for a fascinating doc. Andrew Rossi takes advantage of these interests, but doesn't do as good a job at finding the wider appeal, the deeper importance. For a film that's already a bit of a self-reflection (a piece of media about the media), it would have been greater served by spreading itself around offices at the Times beyond the Media Desk, where it spends nearly every second of its time. We get a sense for how this department's concerns can be extrapolated and applied to any other desk, but that's hardly the documentary's doing. As a result, we don't get the full impact of the paper and what it really is to be "inside The New York Times." Worth a watch if you're into that sort of thing, though.

Project Nim - Partially as a function of covering more movies semi-professionally this year, I've seen far more documentaries this year than any other (three today alone beats the count for some years), and Project Nim is definitely in my top three or four. Go for the crazy ape behavior, stay for the people, I say. I was expecting the unforeseen consequences of a group trying to raise a chimp as a human would be, but I did not at all expect the people involved to be so endlessly fascinating. As Nim's life progresses, people fall away, and people join, but every last one of them is more interesting than the types you get in most narrative films. The self-involvement and narcissism on display is breathtaking, as is director James Marsh's slight prying into...well, just what kind of person signs on for something like this? Excellent film all around; Marsh injects it with real style utilizing the surprisingly extensive footage shot at the time, reenactments, and stately-shot interviews. Loved it.

Ceremony - An absolute delight. It's one of the more obvious of the "sons of Wes Anderson" set of films to which we've been treated over the last decade, but that doesn't stop it from developing an entertaining wit and rapport amongst the characters. It becomes a tad staid and conventional as it progresses, but the first 30-45 minutes in particular are dynamite. Michael Angarano gives an amazing lead performance, a character far from what I expected after seeing the trailer. If it is another film by a lonely guy reflecting on some real life unattainable woman (which it kind of reads like at times), at least he went through the trouble to make it not boring.

If a Tree Falls: A Story of the Earth Liberation Front - Fascinating stuff. It uses one man's arrest in conjunction with one of the ELF's arson jobs to explore the short history of the movement in America in the late nineties/early oughts. In so doing, we have a personal story to follow as well as a deeper history. It definitely has a perspective on the whole affair, but gives due time to those opposed, and doesn't judge either for their beliefs. It also provides some insight into protests in general, chiefly the effectiveness of peaceful, unobtrusive protest (relevant all over again with the Occupy movement), and explores the question of whether what the ELF did could even be called terrorism. They raise, but don't explore any further, the question of whether or not these crimes were prosecuted as terrorist acts so the government could have one more terrorist conviction under its belt. Good stuff all around.
Posted by Scott Nye at 11:18 AM

Creditors World Health Organization supply automotive headline loans unit usually remarked as predatory lenders as results of they are going once people that do not qualify for MasterCard payday loan accounts or loans. Since the loans on a fast basis, the rates on the loan unit usually mentioned as a results of monthly instead of the yearly amount. In reality, the yearly effective rates for automotive headline loans unit twelve times on prime of the mentioned amount monthly.