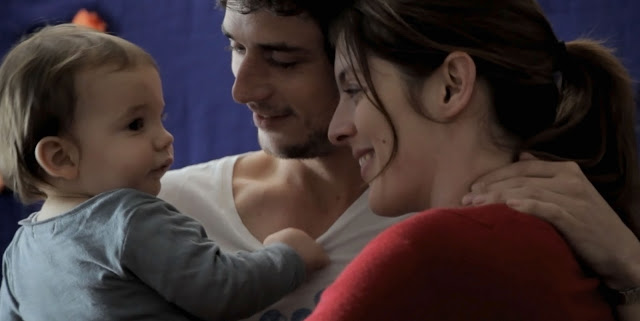 My review of the mysteriously-titled-but-enchanting new film Declaration of War is now up at Battleship Pretension. It opens today in, at the very least, New York, Los Angeles, and San Francisco, but beyond that, it's hard to tell. I love IFC Films to death for the films they acquire and their habit of making them available on many platforms, but an updated theatrical schedule is not exactly their forte. But I strongly urge you to see it at your earliest opportunity.

Also at Battleship Pretension, reviews of The Criterion Collection's Blu-ray releases of The Moment of Truth and Godzilla. Come for the cinema, stay for the totally surreal comments section.
Posted by Scott Nye at 4:20 PM

In this article she's explained about diaper bags. Tote bags are generally fake chanel made from canvas, nylon, plastic and straw. Canvas tote bags were first introduced into the market by D. D. Bean and ever since than they have become extremely popular as promotional bags. Available in different sizes, colors and styles tote bags are there for chanel replica handbags different purposes such as luxury travel, sports, beach and even leather. Retail fake omega outlets can pick the bags according to the items they sell. When you want to use custom-made bags to promote your products you need to keep a few things in mind. The type of tote bag you decide on depends on the products that you sell. While canvas tote bags are strong they are not ideal for keeping your replica watches drinks cold. Custom-made bags are the best way to create brand awareness in the market especially at replica chanel a time when governments are placing high penalties on companies polluting the surroundings by using plastic bags. It is very important that these organizations switch from plastic carrier bags to custom tote bags, which are long-lasting, strong and fashionable.