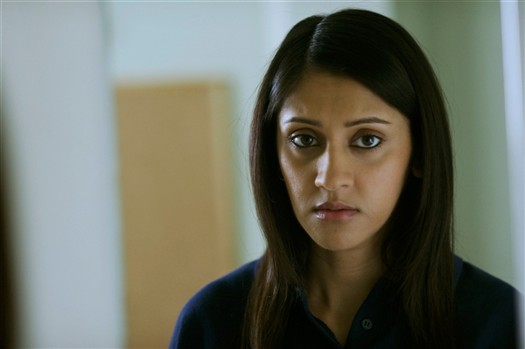 Sorry about the long time between posts, dear readers. I took a little break for the holidays, and was instantly struck with an illness that rendered my usual habit of writing on and on and on rather inert. I didn't exactly stop watching movies, however much that may have slowed. Although I only saw one new release over my Christmas vacation in beautiful Portland, OR, I also managed to sit my mother down for Chaplin's Modern Times, which went over splendidly. As I always say, if the audience is willing to give it half a chance, a movie from an era will still play.

However, I'm here primarily to discuss a set of new-ish releases, some of which came out much earlier this year, but all of which are now widely available for viewing by various means, by they theatrical, DVD, or our old pal Netflix Instant.

War Horse - This Christmas Day viewing was the aforementioned new theatrical release I saw in Portland, and, in the interest of full disclosure (or something thereabouts), the projection quality was quite shabby. The bulbs were bright enough and the thing was generally in focus, but I'd say a good...tenth of the frame on the lefthand side was lopped off. So that was fun. However, my overall mixed reaction to it was not hampered by the director Steven Spielberg's style, which I found tremendously refreshing (what cinephile isn't down for a recreation of classical framing and acting? Except, of course, those who want nothing to do with The Artist), but the thrust of the story was, to say the least, a little strained. And as fine as most of the performances were, I found Jeremy Irvine to be far too earnest (nobody should shout "we'll be together again!" at a horse, and in public no less). I suspect there's more to this one than what I've found in it, however, and do hope to revisit it in short order.

The Adventures of Tintin - Spielberg's other feature this winter provides more immediate satisfaction than War Horse, but to less lasting effect. When dealing with big action set pieces in animation, one has to trade out the visceral thrill for the sheer ingenuity of the set-ups and execution, and on that level, Tintin delivers the best Rube Goldberg-esque contraptions you'll find in any film this year. Nearly every scene in this film inevitably turns into a set piece, each one wilder than the last (ever seen dueling cranes? Now's your chance!), but there is so much that feels terribly misguided on a technical front. I understand Spielberg's personal attraction to making an animated film with motion capture rather than pure animation - it's the difference between working with actors physically and just voice actors - but the result gives the otherwise light film an unfortunate leaden weight, with the characters' physicality in dramatic scenes operating in direct contrast to the more spectacular segments. His use of 3D is fine, using it more to peer deeper into something in the far depths of the frame than anything else, but it's hard to imagine the accomplishment wouldn't have been just as fine with the digital equivalent of whatever apparatus Alfonso Cuarón and Emmanuel Lubezki used on Children of Men.

A Separation - I was rather taken with writer/director Asghar Farhadi's breakout film, though not quite to the extent many others were. He weaves plot and theme together in a way that's really quite striking, and I loved the way he played with the lies we tell ourselves to uphold the belief that, deep down, "I'm a good person." As clever as his screenplay is in terms of set-up and payoff, I found it a little less structurally satisfying in how it focused totally on a certain character only to abandon him or her when the narrative had other concerns. Maintaining the tapestry would not only have been more interesting, but much more honest to what he's getting at. Nonetheless, it's an exceptional film, one you really, really don't want to know too much about going in.

We Bought a Zoo - In spite of the fact that I've liked (to varying extents) all of writer/director Cameron Crowe's work to date, I was more than a little worried going into his latest. Crowe's particular brand of schmaltz always felt honest to me - I believed he really felt these huge emotions that drove his characters - but this felt like the first time he was lying. I am happy to report, however, that this is as earnest an effort as he's ever given, even as it's certainly one of his more problematic ones. Matt Damon goes a long way towards selling the schmaltz, and Crowe is great as ever at finding the smaller moments to emphasize big emotions ("I would LOVE to teach you to shave! Let's shave!" being a real standout) while still be unafraid of big, blatant sentimentality. Not a great film, certainly, but as genuinely warm-hearted and fun as you'd want it to be.

Sherlock Holmes: A Game of Shadows - Being not particularly fond of the first installment, I was surprised to be even remotely so of this. Don't get me wrong, it's still not a "good film" or anything, but I was rather appreciative of it's even more exaggerated sense of play, due in no small part to the inclusion of Sherlock's brother Mycroft (played by Stephen Fry). Even if he, and Fry, are somewhat wasted, they provide for many avenues of good humor, and Jared Harris is a much worthier villain than whoever Sherlock was up against last time (I think he was play by Mark Strong...). Director Guy Ritchie, as ham-handed as ever, manages to get away with one great sequence that is equal parts Sergei Eisenstein and the opening of Melancholia, but beyond that, you'd be hard-pressed to find anything but manufactured "fun" here.

Albert Nobbs - I tend to dislike films built around a strong lead performance. If they're not driven primarily by an actor as an executive producer, they are at least because a director saw what they had, and wanted to use as much of it as possible, ignoring everything else along the way. Albert Nobbs is quite a bit better than all those, with thematic ambition extending far beyond the front door as it were. Its weak link, somehow, is Glenn Close's lead performance, which reveals on the surface far more of the character's interior life than that character ever would. Nevertheless, it is, as they say, a handsome production, and quite a bit more engaging than you might expect.

The Trip - I have an uneasy relationship with what could be termed "British comedy," though I do recognize that is in no small part because of its ardent - you could say strident - fanbase, but director Michael Winterbottom ended up finding something truly special in its most common detriment - the repeated joke. British comedians seem to love nothing more than repeating one joke over and over again until you want to puke, but here Winterbottom used that tendency as a game of one-upsmanship between his two stars, Steve Coogan and Rob Brydon, as a way to revel in male competition. What he comes out the other end with is something not only quite funny, but quite melancholy in a way as well.

The Arbor - A towering achievement, the rare documentary film that is cinematic in its bones. Director Clio Barnard took an unusual (to say the least) tact in recording interviews with her subjects and hiring actors to lip-synch to them. This is absolutely as weird as it sounds, for the first few minutes, until it quickly becomes the most natural, brilliant move in the world. The genesis of her project is Andrea Dunbar, who wrote a major play (The Arbor) at age 15 and died at age 29 after a lifetime of alcohol abuse, giving birth along the way to three children by three different fathers. To say their lives were unhappy would be only the beginning of their troubles. Barnard spends most of her time with Lorraine, whose biography serves as a spiritual, and in many ways direct, sequel to Andrea's play, which told the story of her own upbringing in the titular rundown neighborhood. The lip-synching provides necessary distance from the increasing horror of Lorraine's life, while also serving much the same purpose that the stage did for Andrea's - getting the honest truth from a primary source, and creating an aesthetic through which to explore it. You think I'm intellectualizing it, but once you see it, you see right away how natural it is.
Posted by Scott Nye at 9:13 PM

However, on-line searching can be rolex replica safe and sound along with straightforward nevertheless while customers it is wise to keep in mind your give back plans. Using this method you can actually change your current totes along with tote using a number of developer series. Moreover breitling replica for you to women tote along with totes, it's also possible to find many of the greatest variety of equipment similar to diamond earrings, bracelet, sun glasses, designer watches and others. In relation to the standard of the items, you'll be able to be guaranteed involving their outstanding good quality considering that websites attribute merely brand name solutions. To the ointment in the patek philippe replica plant in the corporate environment whom desires pertaining to manner and also the operation, then this adult men TW Material CHIEF EXECUTIVE OFFICER enjoy series using fortyfive mm can be strongly recommended. This specific enjoy are made a simple dish, puffy facet key along with band shade is often a fake breitling excellent darkish. Your face can be bright shaded which in turn seems to be classy while using included characteristics involving morning along with night out. Your CE1013 along with CE1033 inside equivalent series are generally also important. Your healthy treatment involving assessment makes sure that your fake hublot not simply search very good, nevertheless are tough throughout mother nature. Men and women commit luck pertaining to getting this sort of designer watches, so because of this count on the crooks to stay longer.