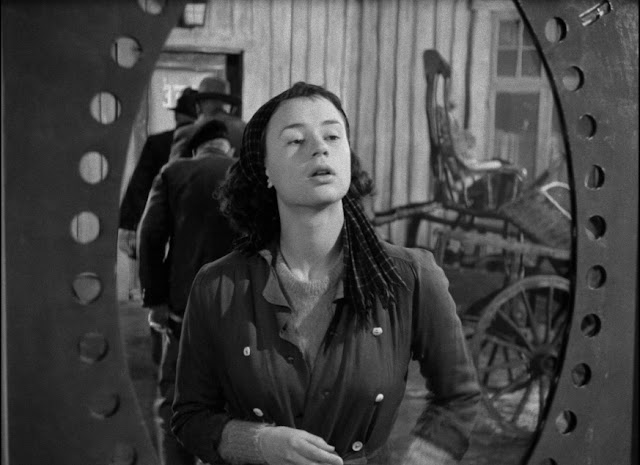 Over at Battleship Pretension, I get the distinct pleasure of discussing The Criterion Collection's new Blu-ray release of Ingmar Bergman's Summer with Monika. This is the third time I've written about the 1953 film, which is a little baffling insofar as Bergman is perhaps my favorite director and there are probably a dozen of his films I prefer to it, but it's also pretty okay with me because Summer with Monika is freaking awesome.

Elsewhere on the same site, Aaron Pinkston takes a look at Criterion's concurrent release of Summer Interlude, a film I've also written about and is well worth your time.
Posted by Scott Nye at 8:10 AM