The Vitality of Cinema 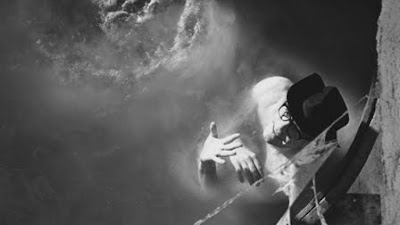 "I’m not able to name the moment I wanted to be a director because I also didn’t know the word for that. I couldn’t distinguish between producer, director, and author."
-Arnaud Desplechin

"Audiences don't know somebody sits down and writes a picture; they think the actors make it up as they go along."
-Joe Gillis

I've long held a simmering belief that one of the primary reasons most people have a hard time appreciating film as art is because the artist is not immediately evident. With nearly any other art form - music, literature, painting, sculpture - the artist is present and readily identifiable. Their name is on the cover, on a placard accompanying the display, etc. Sure, the director's name is usually one of the most prominent credits in a film, but who pays attention to the credits? 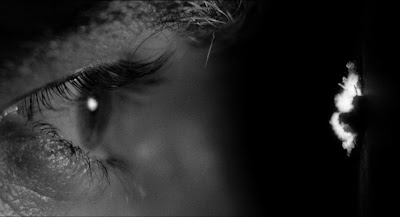 I'm not saying most people don't know films are directed. Most kids don't, and those kids become adults, who may recognize that films are directed - usually through brand name directors like Kubrick, Hitchcock, Spielberg, or Shyamalan - but already have their basic approach to film cemented in youth. And, to be fair, unless you're an avid moviewatcher, most directors don't call attention to their work the way a painter does.

But they'll be aware of a director's presence, even if they're unsure about what that presence determines. And this knowledge will be key for the first crossover film. The first film that person will see that will make them go, "This...this is different from everything else. This couldn't have existed in any normal way. Somebody created this." Then...they will know, even if they can't articulate, what a director means for a film. For some, this film was Pulp Fiction. Others, Fight Club. I take great joy in knowing there were hundreds, perhaps thousands, thinking that as they took in Inglourious Basterds this summer. 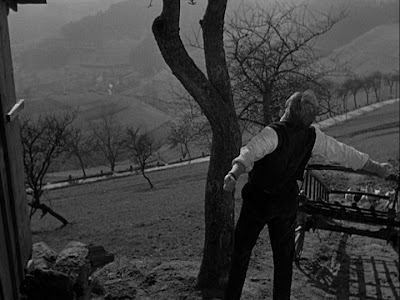 And this is a major reason I feel, very strongly and in spite of the constant cries that film is dead, that film is the most vital of all forms of art. Our cultural approaches to...really, any other art form I can think of, our approach has become so codified. We grow up taught and explained the importance of painting and other visual arts. The theater is the place for fine drama. Music is so integral to us as people, we seem to have such a total understanding of it before we could even begin to understand it, that whatever it means to us is totally individual, totally universal, and totally unchangeable.

But film is totally different. We're surrounded by it almost as early as we are music, but while film can express essential truths about who we are, film isn't a part of us the way music is. But it is a nearly constant part of our lives as far back as we can remember, and nobody tells us how to approach it aside from "here, sit down and watch this. You'll enjoy it." How you enjoy it and why you enjoy it is totally up to you. You come to that conclusion completely reflexively, and completely on your own. Literature is similar in this way, but will soon become completely divorced as academics typically decide what you read more than personal interest.

As you grow, film becomes a part of social life in a way that no other art form could be. Music...sometimes is (how often do we hear music for the first time with other people, devoting total attention to it? Quite rarely). Few people grow up visiting art galleries with friends, or going to the theater. And anyway, those activities weren't ones we participated in privately as children, and our approach to them is already codified - "this is art...this is important." You go to a gallery or museum to experience art. But film is typically something to do on a Saturday night; an entertaining diversion as you hope the girl next to you will brush up against you for just a second.

Very few people have someone to tell them film is important. They'll decide that on their own. Or not. If they do decide that, they'll have come to that decision totally organically, and because of an artist. More than any other art form, in the way art exists today, an artist will have told them what the medium can mean. And that's an incredibly powerful notion. It's what keeps film vital, important, and living. Music is alive because it's a part of who we are. Theatre is alive because it's happening right in front of you. Film is alive because it's constantly happening, constantly redefining itelf for millions of people.

On a somewhat related note, I've always thought that telling children the importance of art turns them off, and that they might actually like it if they discovered it organically. I see so many parents at art museums with bored and annoyed kids, who are frantically pointing at paintings and saying "SEE?! DON'T YOU LIKE THE COLORS?!? ISN'T IT PRETTY?!?" Because they're being forced to appreciate it, they hate it. But I can't help but feel that if they were allowed to run around the museum completely unguided, they would find things that appeal to and interest them. Codifying an approach to an art form can surgically remove the magic, which can often never be regained.

i'll definitely agree with julie on that. i know its true for me, and i think its true for a lot of us, that throughout our middle and high school experiences we are systematically but quietly taught that our personal sense of aesthetics doesn't matter, insomuch as we are forced to respect a canon centuries old. maybe our teachers leave the second part of the lesson for us to find out on our own: you've seen what we respect, what do you love?

Yeah, but by then, it's hard to have a magic moment of discovery, because you've already come to it academically first, and emotionally second, when it should be the other way around. The reason so many people seek information and interpretations of their favorite music and films is that they've had such an overwhelming emotional response to it that they feel an urgent need to put it in some sort of context and gain an even greater understanding.

I know for me, I'm at a point now where I can appreciate painting and other static, visual art, but only very, very rarely engage with it on a deeper level (the one instance that leaps out at me is seeing a massive, like twenty-by-eight, original Monet...I could've sat there for hours).

What can you possibly mean by, "first crossover film"?

You wrote: The first film that person will see that will make them go, "This...this is different from everything else. This couldn't have existed in any normal way. Somebody created this."

So every movie they watched prior to this revelatory "crossover" film, they thought was a documentary.

Every film meets the criteria of your definition.

you wanna know about the vitality of film? the rail of tomorrow? 2 words. richard. kelly.

Dan - Well, of course any film COULD, the point is that one film does for somebody. All I can speak from is personal experience and the sort of experiences I've heard from others, but pretty much everybody had a sort of awakening where they realized films were CREATED, as illustrated by the Wes Anderson and Arnaud Desplechin quotes.

I wasn't trying to categorize films, but more define an experience.

I think you're missing the point - the thrust of the article is that, in our early years, we just sort of accept that the film exists.

Later, we may have a sort of vague idea that, perhaps, those people up there on the screen are real and/or are making it all up as they go.

Then, we begin to perceive that, perhaps, someone wrote those words.

Some people never make that leap - In his books, The Glass Teat> and The Other Glass Teat, Harlan Ellison writes about a college student who was practically in tears over his claims to have written those brilliant things that Kirk, Spock and Scotty said, and about the little old lady who met Dan Blocker and immediately began loading him up with Good Advice to take back to the Ponderosa to Little Joe and Pa Cartwright.

And, eventually, some of us come to recognise that there's this guy called a "director", see, and he takes those words that that writer guy scribbled down, and he tells those actors how and where and when to say those words and he tells the cameraman what to shoot and how to do it...

And that's the point at which one can be said to be viewing their "first crossover film".

(And, BTW, a lot of people wholook for "brand-name" directors like Spielberg or Tarantino haven't really grasped the importance of the director - they just know that that name is attached to something they like ... or that they ought to like to impress their friends ... or that the hype machine told them they like.)

'scuse me? Just because Spielberg and Kubrick are big names doesn't mean there bad (I know no one has posted those words, but that's what some of the posts sound like). My first (or one of my first) "crossover" films was Spielberg's Catch Me If You Can (12 years old when it came out). I love Spielberg's pop sensibilities and films like Jaws, Close Encounters, Saving Private Ryan and others are just as great as smaller films like Cache, Being John Malkovich or The Royal Tenenbaums.

Plus, Wes Anderson and Tarantino aren't exactly unknown. I'm sick of every college kid frothing at the mouth over Inglourious Basterds and Pulp Fiction. I love Tarantino myself, but when these same kids also love complete trash like The Boondock Saints and don't seem to see much deeper into these films that the stylish vulgarity on the surface, I can't take their opinions on film seriously.

Me, I love a lot of different films and a lot of different directors. I really enjoyed your article and agree that experiencing something you love for yourself is far more rewarding then when you are told to appreciate it. The article is a nice sort-of companion to this one http://www.popmatters.com/pm/column/108421-you-are-living-in-the-golden-years-of-cinema/ also from IMDb's hit-list awhile back.

Yeah, I think we all go through a phase of loving Tarantino, resenting him, and then realizing that resentment was just due to storms of film school kids liking his movies for the wrong reasons.

But, to be fair, I was a film school kid who at one point liked Tarantino for the wrong reasons, so maybe they'll all come around eventually.

Oh, and Spielberg's earned his "brand name." Anyone who gives that man crap has a lot to learn about filmmaking, but basically, being successful and accessible does not automatically degrade your art. Believe it or not, but there were a fair amount of people back in the day who despised Ingmar Bergman for the same reason.

Mike does have a point, but only to an extent. While there's nothing wrong with flocking to a great director who just happens to be a brand name (like Spielberg or Tarantino), there are a fair number of people who do that without knowing why. But I don't think that's the worst thing, either. When I was first really getting into film, I rapidly consumed the Coen Brothers entire filmography, and if you'd asked me then why I loved those movies so much, I couldn't have said exactly.